Click link to see active listings from our MLS system. 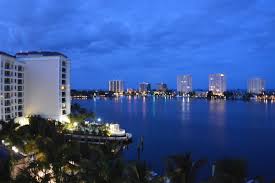 About The City of Boca Raton

Boca Raton real estate ownership is desirable due to all of the jobs, great schools, shopping, dining and waterfront real estate.

Boca Raton /ˈboʊkə rəˈtoʊn/ is a city in Palm Beach County, Florida, United States, incorporated in May 1925. In terms of both population and land area, Boca Raton is the largest city between West Palm Beach and Pompano Beach in Broward County. The city had a total population of about 85,000; as a business center, the city’s daytime population increases significantly to almost 200,000. It has a total area of 29.1 sq miles of which 1.9 miles of it is water with many waterfront homes and condos to choose from.

Its original name was “Boca de Ratones” in the eighteenth century and was associated as an inlet in the Biscayne Bay area of Miami. In Spanish it translates to “mouth” for Boca, and “mouse” for Raton. In nautical terms, “Boca” refers to inlet. It was the home of International Business Machines Corporation (IBM) from the mid-60’s to 1996. Bill Gates signed his historic deal to supply IBM with the Microsoft MS-DOS operating system for its personal computer line in what is now a revitalized business/research park.

Boca Raton is known for its affluent social community and high income demographic. Boca Raton real estate has beaches along its eastern shore, notably Red Reef Park and South Inlet Park, where snorkeling from the shore can bring a visitor to a living reef without the expense of renting a boat. Nearby is Gumbo Limbo Nature Center, an Environmental Education Center. Founded in 1984, Gumbo Limbo is a cooperative project of the City of Boca Raton, Greater Boca Raton Beach and Park District, Florida Atlantic University (FAU), and Friends of Gumbo Limbo. In addition to the sea tanks, butterfly garden and boardwalk trail through the hammocks complete with an observation tower, Gumbo Limbo also houses a research facility run by FAU where students study sea turtles, sharks, sea grass and other marine-related subjects.

The city has four local public high schools, five middle schools, and twelve public elementary schools. Additionally, there are 19 private schools. “Boca” (as it is sometime referred as) is also home to five colleges. Boca Raton, given its small population, is actually a very well-known city to many people across the USA and the world, due to its celebrity and media promotion in many forms of popular culture.

For more information on Boca Raton real estate, call 954-895-8999 or contact-us
If you’re already working with one of our agents, please contact them directly.